I’ll let you in on the secret of all the Vegan Ninjas out there: they always have a stash of vegan snacks to keep at work, in the car, in their bags and in their suitcases. This is how they survive in this non-vegan world.

Despite the fact that most of this world is indeed non-vegan, many brave souls choose to eat a plant-based diet. The do it for their own reason(s) – health, the environment, the animals, etc.

Vegan In A Non-Vegan World

Newbie vegans learn all they can about their new diet. They grocery shop and cook and it’s going pretty well!

Then, things get busy (or busier), they get stressed and they fall off the vegan wagon.

It starts with a non-vegan muffin at the coffee shop because they skipped breakfast and are starving. If only that coffee shop carried vegan muffins… This means, vegan food in the: car, office desk, purse, backpack… even at the homes of your family and friends!

If you don’t stash vegan food, you’re likely going to end up in one of those moments where you are “hangry” but don’t have any vegan food around. With your energy level low and your mood bad, you might turn to whatever food is around you.

Don’t be left out in the (omnivore) cold.

Vegan Snacks To Keep At Work

For many of you, one of the top tricks will be to master always having a drawer of vegan snacks to keep at work. Between birthdays, coworkers bringing in baked goods, and the afternoon energy slump, you must arm yourself with snacks.

Warning: some of these snacks might seem super hippie dippy. But dried fruit and nuts ARE great snacks. By now you know, they aren’t just squirrel foods, they are healthy human foods.

You might already know snacks you like the best. If you are new to eating vegan, though, you might need to find alternatives to, say, crackers and cheese as a snack. Here are some suggestions to get the wheels turning.

For some of these suggestions, like the packaged snacks, you will have to confirm that they are vegan by looking at the label. 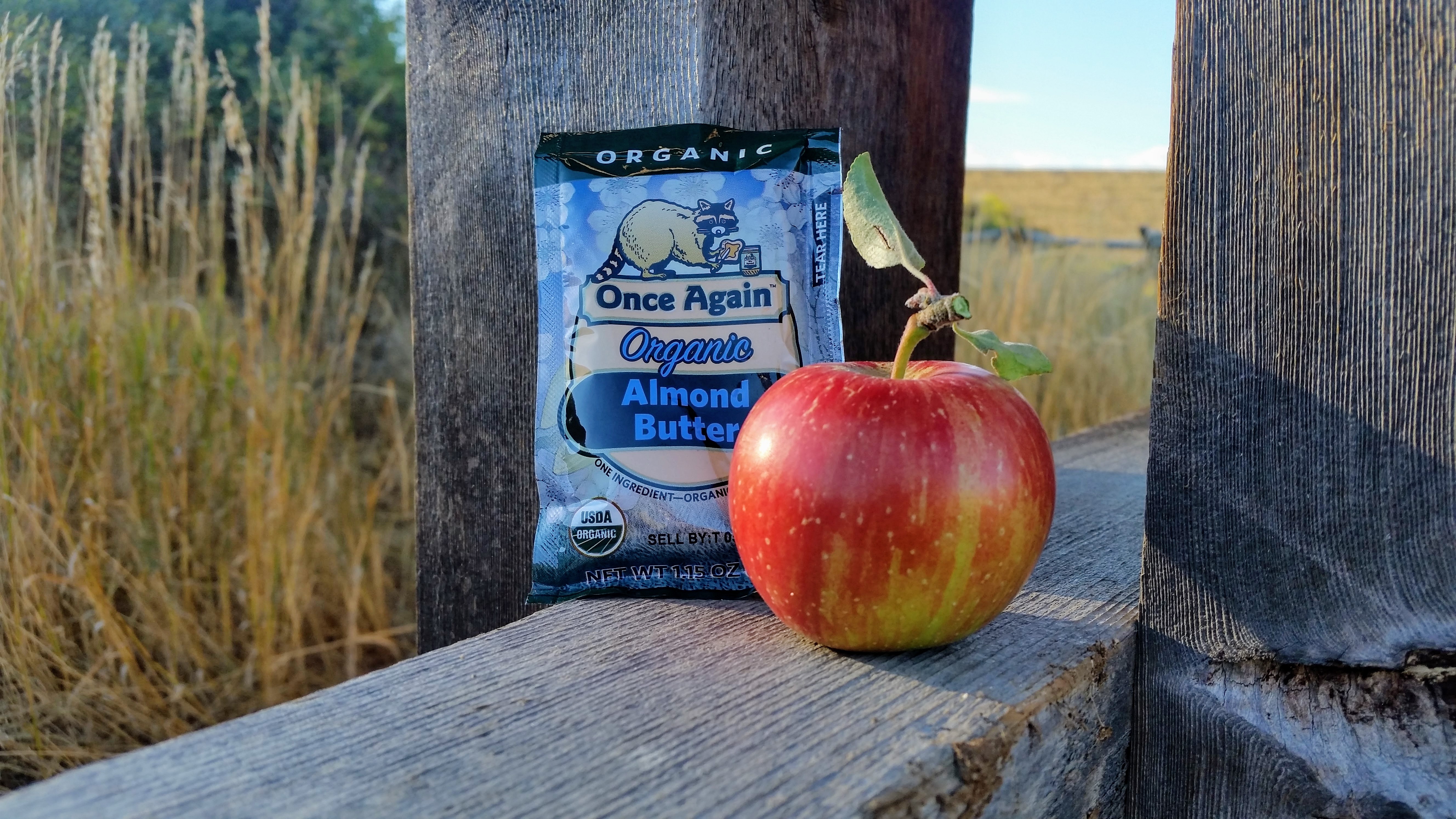 You can get individual packets of many of these snacks. Individual packets can be very handy because they are just grab and go. They do mean more package waste, however, so keep that in mind.

As with all things vegan, you will get better and better at being food prepared.

It will become second nature to pick up some good snacks when you go grocery shopping. You will know the source of vegan snacks near your office. You will find granola bars in the glove compartment of your car without even remembering past, awesome you stashed them there.

Stick with it and you will always have your go-to vegan snacks to keep at work (and everywhere else in your life).

A Non-Vegan Muffin (or three) Is Not The End

Let’s talk about it.

You are traveling for work, are at the end of 8 hours of meetings and someone brings in a tray of muffins or cheese and crackers or… cupcakes. Whatever it is, it is definitely not vegan.

There are tons of scenarios where this might happen. You might be able to push through and not eat this non-vegan food, but then again, you might eat it.

Is this the end of your veganism?!

For some people who largely eat a vegan diet, they might even eat non-vegan snacks somewhat regularly because of situations like these. Even if some people out there act like vegan watchdogs and want to strike these flexible vegans (or fleegans!) down and declare them to be not vegan at all, I argue against this.

Do what works for you.

If you “cheat” regularly but are eating a huge percentage vegan, that sounds pretty great to me. And, spoiler, there is no vegan god that will strike you down for the times you don’t eat vegan.

On the other hand, if you don’t want to eat non-vegan snacks but end up eating them anyway, don’t beat yourself up. Just get on the vegan wagon again and don’t look back. (Or, maybe look back to see if you could have been better prepared with vegan snacks.)

Desserts Are Snacks Too

If you are as lucky as me, you might be able to go around the corner to get a donut at the coffee shop (that is vegan!). Sometimes dried fruit and nuts just won’t cut it.