Going vegan is a marathon, not a sprint. But don’t be intimidated – you can learn how to go vegan by taking some simple steps towards veganism today.

How To Go Vegan in 6 Simple Steps: A Starter Guide

Figuring out how to go vegan doesn’t have to overwhelm you. Don’t go into a vegan diet thinking you have to go completely plant pure right away.

Begin with this easy to use, how to go vegan Starter Guide.

Start with meals you can control

Outside forces can sometimes get in the way on your path to veganism. It might be tricky to eat vegan with your family or roommates, while you travel or when you are at work events.

If you are finding it overwhelming to start eating vegan, instead of tackling these particularly tricky meals all at once, start with the ones that you can control completely.

Is it lunch because you take it to your desk? Breakfast because everyone does their own thing? Don’t worry about converting your whole household or everyone else around you right away – start with you. Here are three ideas for each meal that are super easy vegan options (like super duper easy – no tofu scrambles here!):

starter-guide-post
600
rtbs_notarrows
#009999
Oatmeal
Oatmeal, fruit, nuts, agave/maple syrup (or apple sauce for a natural sweetener), almond or soy milk
Bonus add-ins: chia seeds, flaxseeds, hemp hearts, cinnamon...
Toast
Nut butter toast with fruit (look at bread ingredients to make sure it's vegan - try Dave's Killer Bread - likely cheaper in your local market)
Bonus add-ins: chia seeds, flaxseeds, hemp hearts...
Cereal
Cereal with almond or soy milk. You can read ingredients to find vegan cereal or try Barbara's Peanut Butter Puffins, Life or Cap'n Crunch!
Bonus add-ins: chia seeds, flaxseeds, hemp hearts...
Sandwich
Simple veggie sandwich with: hummus, spinach, onions, avocado, tomato, etc. (here are some vegan sandwich ideas)
Salad
A huge salad with grains like quinoa, and beans like chickpeas (it doesn't have to be boring - try something like this)
Taco Bell
Not a joke - you can order vegan at Taco Bell!
Pasta
This can be as simple as - pasta, tomato sauce and roasted broccoli - sprinkle with nutritional yeast and make sure the sauce doesn't have milk products like cheese. (here's a system to make simple vegan pasta)
A Bowl
A vegan bowl is super flexible - here are some ideas to get you started
Prepared meal
Canned vegan soup (Amy's has good ones), something vegan from the freezer section (Amy's has a lot of those too), something prepared from Whole Foods or another natural market or even a visit to your favorite local vegan restaurant!

Get started with these meals on your own (or with willing companions if you have any, of course!) and move on from there to more complicated meals using new-to-you vegan ingredients.

One surprisingly easy food to switch to vegan… snacks!

You can find vegan snacks EVERYWHERE and, once you know what to look for, you can often easily opt for the vegan version.

So, the next time you stop in the corner store or the grocery store for some snacks, just make them vegan. This doesn’t have to be complicated. In fact, you might not have to change many of your favorite snacks. Just steer clear of non-vegan stuff.

First off, let’s start with the more whole foods snacks – these are all vegan and you probably already eat them. For the packaged snacks, there are also some simple substitutions as well as some already vegan snacks.

The world is out to stop your veganism. Ok, not really but it makes it hard sometimes! Be prepared with some snacks. Side note: We’re not fools here – many of these are not those good, whole foods, healthy options we should be selecting. Just giving you your options, healthy or not! If you’re being a healthy vegan, stick to the non-packaged snacks for the most part.

For newbie vegans, prepared vegan meals (frozen, canned, boxed, etc.) and vegan restaurants are helpful not just for their convenience, but also for inspiration as you learn how to go vegan!

Figuring out how, say, tempeh usually shows up in a dish can be confusing at the beginning. Eating it prepared by someone who knows what they are doing can help with that.

So, start with other people’s vegan food. This will help you get a sense of what vegan food actually looks like and help you learn how to be vegan.

Whole Foods and other natural products stores, along with the “natural” sections of mainstream grocers, will have some prepared vegan meals that you can sample.

Look up vegan restaurants in your area and see what they’re cooking up! Drag some loved ones and experiment together. You can use these search engines to find some vegan-friendly places:

You can also eat vegan at non-vegan restaurants. People have been doing it for so long that the chains themselves have guides on how to pull it off! Here is how to eat vegan at: Or you might be lucky enough to live near a vegan-only fast food restaurant like Veggie Grill!

When you do want to make your own vegan food, don’t go elaborate from the start. Vegans favor some unique foods like seitan, tempeh and nutritional yeast that are delicious but that you don’t have to eat right away.

Start with meals you know and keep it simple. For example, many stir fries and Asian-inspired cuisines really lend themselves to veganizing – you usually just have to avoid fish sauce. For a guide to building a simple, vegan dish, as always, I recommend no-recipe recipes. These are great for any level vegan because we don’t always want to make complicated meals for every meal. 3 parts – super simple.

Also, cookbooks are great! I always recommend an Isa Chandra Moskowitz cookbook for starter vegans. Invest in one cookbook and start with recipes that don’t overwhelm you. I recommend Appetite for Reduction or Isa Does It. 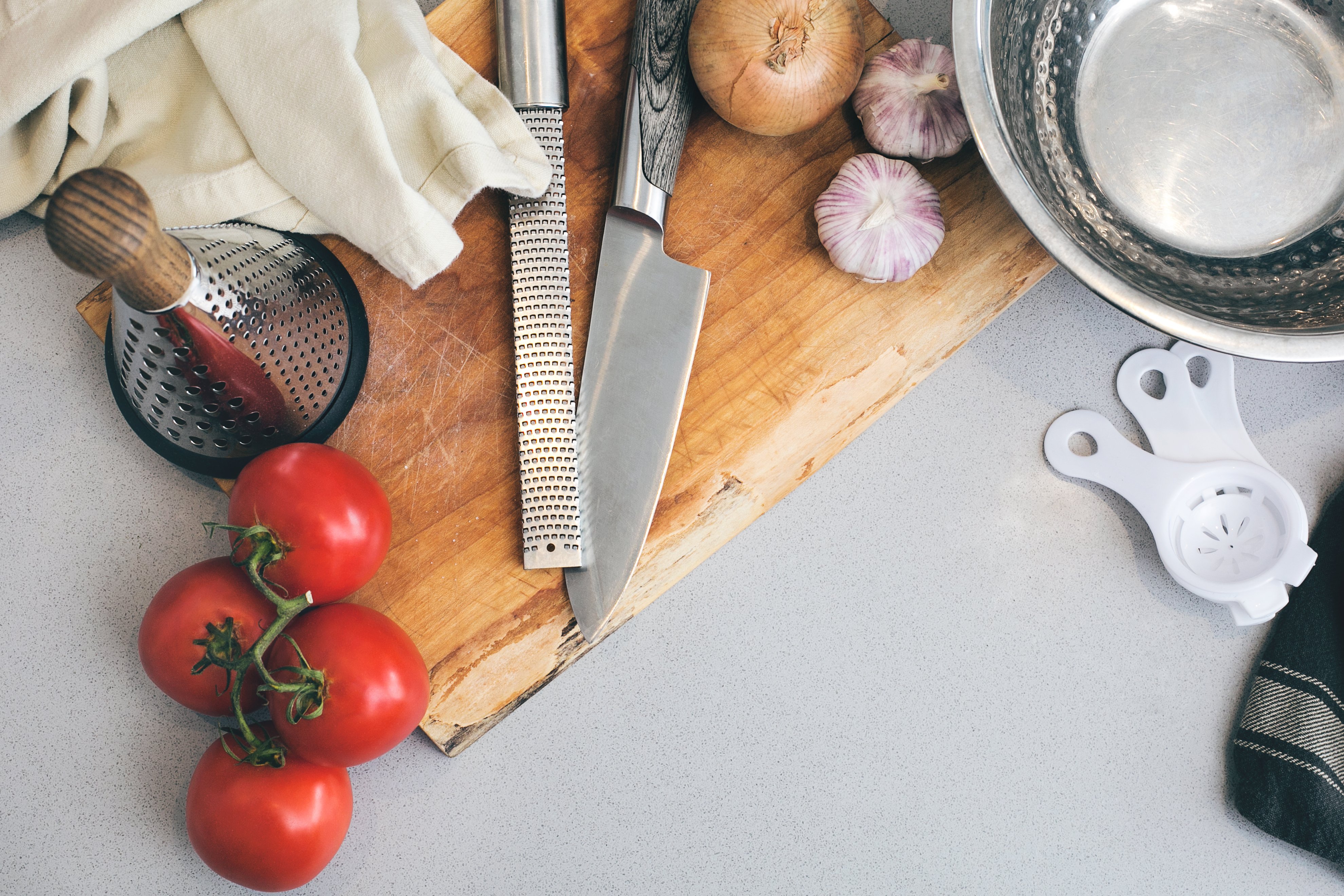 There is a myth that one area of our diet we need to be particularly concerned about is protein. This is surprising because the daily protein requirement is not very high and most Americans actually exceed this requirement due to overconsumption of animal products. We require about 6-10% of our diet to be from protein and given that plants have a surprising percentage of protein: leafy greens (35-50% protein), whole grains (~14%) and beans (25-27%) – it is easy to meet that requirement on a plant-based diet.

You also do not have to protein combine. We were told at some point that we needed to eat all amino acids to have a complete protein. The fact is that you can satisfy your amino acid requirement by eating a variety of plants throughout the course of a day – you do not need to combine proteins in single meals.

Here is a list of solid plant protein sources. Incorporate extra of these if you’re worried.

Go at your own pace

Some people I talk to can go vegan overnight. Others take years. Feel it out and see what works for you.

One of the biggest challenges as you learn how to become a vegan is the psychological and social stuff. You will likely be eating very differently from how you were raised. You may not know any other people who eat plants and plants only.

You will be a vegan in a non-vegan world!

Good for you for you for taking on the challenge for you health, for the planet, for the animals – for it all! Be kind on yourself and you’ll have an easier vegan journey.  🙂

How is the vegan transition going? Just thinking about it or are you making a handful of vegan meals? Feel like you now know how to go vegan?! Share below and tag @plentyvegan on Instagram to connect!

« Answer These Eight Food Questions And I’ll Tell You How Vegan-Savvy You Are
Vegan Christmas Gift Ideas: What To Get A Vegan For The Holidays »